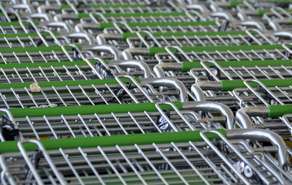 Retail jobs tend to be highly underestimated, and are very often stereotyped. Those who work in retail constantly have to be subject to these stereotypes, which usually lack any factual basis at all and are based entirely on myths that have simply been passed on through the years.

Whether these myths come from what retail used to look like or how its portrayed in TV shows and movies, it is timed to debunk them once and for all. Without further ado, here are ten retail myths and the reality to oppose them.

10 Common Myths About Working in Retail

This might be the most common myth since many teenagers or college students will seek retail jobs while on summer break or while home for Christmas. You also get countless portrayals of young retail workers across all types of media.

While there certainly are young retail workers in the world, the reality is that the average age for a retail worker is 37 years old, according to the Families and Work Institute

While it is true that retail employers have been making conscious efforts to deskill much of the work of a retail employee, that does not mean that the workers lack skill.

In fact, studies have shown that employees still want skilled workers on their teams, with assets such as product knowledge and customer relations.

As a result, a good chunk of retail workers has some higher education under their belt. Any good retail resume will boast not only a solid education but also a passion for sales and customer service.

3. Retail Workers are Only Seeking to Move Up

Sure, when compared to other industries, retail has a rather high turnover of workers. However, when you look at the industry in isolation instead of comparison, few retail workers really actively seek to leave the industry.

In fact, as many as half of retail employees are quite content to remain in their current jobs and are not seeking to climb any ladders. Typically, retail workers will seek other employment simply for hours or scheduling reasons, rather than a lack of commitment to the job.

4. Retail is Entry-Level and Nothing More

For those just getting into the workforce, this might be how a retail job is viewed, and perhaps that is justified for a college student or seasonal worker.

However, retail is one of the largest industries for employee numbers, with over 15 million people in the sector, a number which is expected to continue to expand. These numbers put 1 in 10 jobs across the country in retail.

Sure, most retail workers work inside out of the elements, and few retail jobs have to do with physically exerting yourself.

In fact, most retail workers, if asked, would probably respond that they enjoy certain parts of the job, such as customer interaction. However, Department of Labor statistics reveals that retail workers on average make little more than $9.00, resulting in a staggering 15% of retail workers living near or below the poverty line. Even more, only 29% of retail workers typically receive any health benefits from their employer.

6. There are Ways for Retail Workers to Gain Better Wages

Strictly speaking, this is accurate. Workers in all industries have the legal right to ask for a raise as well as reserving the option to report big problems to the government. However, this can wind up causing complications for the worker, as studies show it is far from uncommon for employers to penalize employees who take such actions.

Furthermore, the government agencies to which retail workers would report any harsh or unfair working conditions, specifically the Department of Labor, are rather low on resources.

A large number of retail workers, such as students or perhaps parents, need part-time work to be able to manage other responsibilities. However, workers actually being able to form their schedules around those responsibilities is harder to execute than it may seem.

In fact, as many as 13% of all retail workers who are working part-time are seeking to gain more hours.

This myth most likely is connected with the view that retail is just a job for those who want to move on to better things.

In truth, retail workers tend to enjoy the industry and have hopes of a career in retail. Most sub-par worker performances are often down to employment practices.

In an effort to save money, many employers choose to hire only the bare minimum number of workers, thus making it harder for high-quality customer service to be attained. As a result, most people in this industry would have to work incredibly hard just to provide adequate service.

This belief bleeds into many industries other than retail. While it may be true for some of those other industries, it is not necessarily the case in retail.

In fact, Walmart could increase wages up to $12 an hour for associates with only a $12.49 per year increase for the typical Walmart shopper, according to a University of California study.

This is based on a different myth that holiday work somehow inherently means extra pay for the workers. In truth, the law does not actually require increased holiday pay, unless it brings the worker above a 40 hour work week. Many retail workers often complain of little say in scheduling as well as penalizations by employers should they opt out of holiday work.