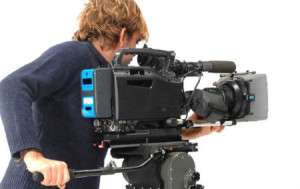 The television production assistant or TPA position is an entry level position to a film industry.
The job description for this position entails anything and everything from making script copies to shuttling crew or equipment around town as needed.

The level of work a TV production assistant does really depends on the budget ascribed to the production and how much faith his/her superiors have in their abilities.

The TPA is responsible for the secretarial work involved in producing a television program as well as the administration and organizational aspects.

While his/her duties may vary from production to production, the work of a production assistant on television production includes assisting the crew and actors, dealing with travel and accommodation bookings, issuing scripts and sorting out inquiries, and other paperwork.

A production assistant may work on a variety of programs like reality television shows, soap operas, news, and current affairs, dramas and comedies.

Usually, they are very useful in all stages of a project, working alongside everyone from the beginning to the ending of the production.

Television Production Assistants may specialize in a particular area of assistance or be called by other names like script supervisor, production secretary, or production coordinator.

Television production assistants may carve out a career in the television world by providing practical assistance and support to production teams.

However, before you get too excited about this role, you should be notified that it mainly involves organizational and administrative skills.

Nevertheless, the role is an excellent step into a fulfilling career in television and film production.

On this job, when you’re told that it is administrative tasks you would be handling, they really mean it.

An average day as a production assistant might involve renting equipment and studios, booking hotels and making travel arrangements, dealing with accounts and expenses, tracking continuity between shots, distributing and researching scripts, timing shows, and keeping records of shorts.

They might be required to assist on location, cue pre-recorded materials, clear copyright and get permission for music and complete post-production paper work. In other words, television production assistants are very busy and hardworking people.

Here is an example of a typical job description for the position of Television Production Assistant. It consists of tasks, duties, and responsibilities usually performed by holders of the position.

The sample job description shown above contains information, including duties, tasks, and responsibilities of television production assistants, which can be used in creating the employment history section of the resume for the position.

To learn how to write a good resume for the post, here is a sample you can study: Television Production Assistant Resume Sample.

Requirements – Knowledge, Skills, and Abilities – for the Position of Television Production Assistant

The following are attributes usually expected of production assistants working in television setting to have: