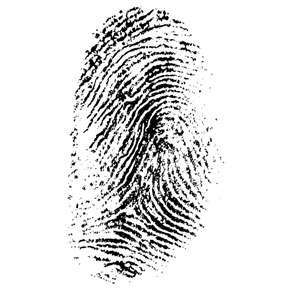 Forensic fingerprint specialist and several other jobs are available to applicants with a degree in forensic science.

What can you do with a Forensic Science Degree?

Do you have a passion for the sciences and are thinking of a career with CIA or FBI that doesn’t involve guns? If so, then a career in forensics should suffice.

However, you need the answer to the common student question: “What can you do with a forensic science degree?” so that you will be aware of the various jobs that you can get with a degree in forensic science and make your choice.

This post will give you all of that information, but first …

As part of law enforcement agencies, forensic scientists help in resolving crime cases through the collection and analysis of crime scene evidence.

Results obtained from the analysis of crime scene evidence give clues and serve as a lead in fishing out the perpetrator(s) of a criminal act.

Forensic results serve as law court evidence used in establishing the innocence or guilt of an accused.

Forensic scientists in their own right can be described as Field or Non-field investigative Operatives depending on their area of expertise.

Forensic anthropologists or odontologists for example visit crime scene locations to collect samples of human bones or teeth for analysis in the laboratory while ballistics expert could stay back at the lab to run tests on guns or bullets recovered from a scene.

Forensic science plays a vital role in assisting criminal justice departments resolve crime issues, such as how a crime was committed, the identity of the victims of a crime, proving the innocence or guilt of a suspect and determining the gravity of a crime.

Forensic science technicians are also estimated to earn an annual median salary of $55,360 according to the U.S BLS (2015).

What Jobs can you get with a Forensic Science Associate Degree?

An Associate’s degree in forensic science is often the minimum degree required to pursue a career in the criminal justice field.

It exposes undergraduates to the fundamentals of crime scene investigation/procedures, organic chemistry techniques, evidence analysis, and the use of forensic technology.

Job positions you can secure with an Associate’s degree in forensic science include:

The typical education requirement for entry-level jobs in the field of forensic is a Bachelor’s degree.

What Jobs can you get with Forensic Science Bachelor’s Degree?

With a baccalaureate in forensic science, the following jobs are open to graduates:

What Jobs can you get with a Forensic Science Master’s or Doctorate Degree?

Forensic science is a rapidly growing field with a projected 27% job growth rate according to the U.S BLS, which implies an above average job growth rate, thus a positive job prospect.

With a degree in forensic science, you can be assured of several job opportunities to choose from and have a satisfying career.

What do you plan to do with your forensic science degree? Please leave a comment in the box below. Are you already working in the field of forensic science? Do share your experience with us.