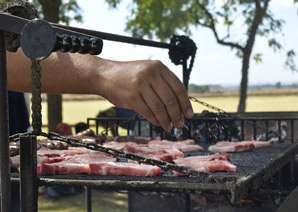 Barbecue Judges are required to pick the best pitmaster in a competition, which have become increasingly popular.

How to Become a Certified Barbecue Judge

Barbecues are one of America’s favorite backyard activities, and the backyard has slowly developed from being a family affair, to become an arena of competition, providing career opportunities for the barbecue judge.

If you are interested in becoming a certified barbecue judge, this post will show you how to go about it, the relevant training to take, the responsibilities of the position, and other information about being a BBQ judge that will help you know more about the job.

Who is a Barbecue Judge?

A BBQ judge is one who literarily oversees the barbecue competition and awards a judgement to proclaim a winner in the championship, putting on the badge and being entitled to taste and enjoy a free well prepared barbecued meat.

Nationally and locally, or regionally, sanctioned competitions occur at a frequent basis, with organizations like the Florida Bar B Cue Association often organizing competitions to run throughout any given year, with visitors hanging around to witness the event, which can be from small local fairs, to large festivals pulling audience from all over the region.

The American Royal World Championship is the largest in the United States of America with as much as 500 teams’ competition amongst themselves in categories which may be broken down to classes like ribs, beef briskets, pork and chicken.

Educational Requirements and Certifications to become a Barbecue Judge

There are no established criteria as prerequisite to be certified as a BBQ judge (CBJ), except of course that you sign up for a judging class.

To be qualified as a Kansas City Barbecue Society (KCBS) judge requires that the individual pays the $80 fee for classes, food, and a single year membership, with classes beginning with theoretical instructions, and practical classes which render judgement on a selection of BBQ meat.

The aspect of theory acquaints the individual with KCBS standards which focuses on three judging criteria; appearance, taste, and tenderness, while the practical tests your applicability of the instructions learnt, as well as enjoy some great meal doing it.

After the completion of the tests, an oath of conduct is pledged and certification is issued. To be certified as a CBJ, it is important that you identify a BBQ group in your area that sanctions the BBQ competition and provides training classes, although you will soon realize that the KCBS is the largest sanctioning body of them all.

One of the most vital information you come across in such training is the nine point judging scale of which a score of 1 means the individual’s meat has been disqualified.

Associations are as important as certifications are because they provide the opportunities to be in constant practice as a barbecue judge. Such associations include:

Opportunities exist for judges’ roles in various competitions at National and regional levels from small backyard fairs to large competitions.

The pay can be awfully small, but meat awaits the judge, and BBQ judging has its rewards.

Roles, Duties, and Responsibilities of a Barbecue Judge

Being a judge in a BBQ contest means being objective whenever it concerns an entry, since the contestants may spend as much a $1000 to compete and work really hard to hone their skills as BBQ pitmasters, being fair is also encouraged.

The role of the BBQ judge is to certify and award scores to the pitmasters to enable the championship produce an overall winner.

Among the various things a BBQ judge considers in his/her role is the appearance of the steak, the scent, flavor, making sure that their natural meatiness is retained, the seasonings, the availability of sauce must also compliment the meat.

Asides the looks of the meat, the texture of its surface is of importance also. The meat should be tender, yet still maintain its resistance and resilience when bitten into, and it should be able to pull off cleanly from the bone with little effort.

The meat should also be a little moist and juicy, but not wet.

Here are essential skills required to be a good barbecue judge:

Even though it may not be financially rewarding to be a barbecue judge, the job provides lots of fun and meat to eat too, but much more fulfilling choosing the best pitmaster of a competition and seeing the joy in their eyes.

Did you enjoy this report on how to become a certified BBQ judge? Do share your thought with us. You can also share more information about the BBQ judge that is not covered here by making your comment in the box below.