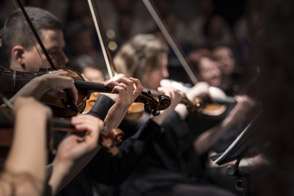 Music production and other exciting jobs are available to graduates of performing arts to access.

What can you do with a Performing Arts Degree?

Are you interested in starting a career in the field of arts and would like to have an answer to the question, “What can you do with a performing arts degree?”, which most arts-inclined students usually ask?

If you are, then you will find this post useful.

You will discover the various exciting jobs that you can get when you take a degree in the performing arts field, and you will be able to make a choice of the career to go with.

It is almost certain life will be colorless and dull without the soothing presence of various forms of art.

It is a near undisputable fact that every individual irrespective of age and culture relishes and indulges in a particular kind of artistic avocation.

Some love songs by popular artists and can turn from sour to ecstatic when their favorite tune comes on, some others appreciate artworks/paintings so much they never seem bothered over paying a thousand bucks for a renowned art piece.

Man naturally subscribes to his artistic tendencies as a medium of expression, creativity and an abode of freedom faraway from our world of self-consciousness.

Arts opens our eyes to the ill-expressed emotional realities of the world and helps us understand how life is all about perspective, creativity, and expression.

In our society today, we have individuals impacting our mindset, social life and general outlook towards life; we often refer to these individuals as musicians, singers, artists, actors, and comedians.

These masters of art all fall in a category as performing artists, they are also generally referred to as working artists.

They specialize in delivering live or recorded performances of them showing an artistic quality to the delight of an audience or fan base.

Most of these artists never really require formal education to have a successful career although various other career paths in the field of art, such as management and administrative positions require some education.

A career in an entertainment occupation is projected to pay a median salary of $40,030 annually according to the U.S. BLS though pay varies significantly with job specialization.

Pursuing a career in the field of performing arts doesn’t quite require a degree although having one is necessary for proper communication, effective management, self-discipline and skill awareness.

What Jobs can you do with Performing Arts Associate’s Degree?

With the gift of muse and an Associate’s in performing arts, you can work as:

Obtaining a Bachelor’s degree in Performing Arts is not a key requirement for a career as a working artist although it helps sharpen artistic skills and provide exposure to different ideas.

What Jobs can you do with a Performing Arts Bachelor’s Degree?

With an ample amount of creativity and a baccalaureate in Performing Arts, graduates can become well versed as:

What Jobs can you do with a Performing Arts Master’s or Doctorate Degree?

Experience in the field of performing arts is the major prerequisite for top-level careers as opposed to bagging a Master’s or Doctorate degree.

However, with prior experience in the field and a postgraduate degree, you are better qualified for positions as:

The field of Performing Arts doesn’t require much formal education to succeed in it, and can provide a very lucrative career with the right talent and management.

What would you like to do with a performing arts degree after graduation? Please leave a comment in the box below.