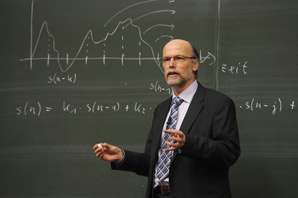 What Jobs can you get with a Physics Degree?

Young people with interest in science and thinking of a career in physics usually would want to know if there are enough jobs out there after they graduate.

They will like to know, ‘what jobs can you get with a physics degree?’ so they can make up their mind to get a degree in physics or not. This post addresses that question in detail.

Physicists have always been at the forefront of most discoveries made about our universe.

The subject physics has played an important role in virtually every aspect of science and technology, ranging from inventions such as the television, wireless technology and computer to theories of gravitation, relativity, upthrust, and host of others.

Renowned physicists such as Galileo Galilei, Isaac Newton and Albert Einstein were all known to have made indelible mark in not just the area of physics but also in fields of chemistry, mathematics, philosophy, and engineering.

This attests to the ingenuity and versatility of physics majors who find careers in a wide range of fields such as the I.T. sector, research industry, energy corporations, healthcare, engineering, finance, and education to mention but a few.

During the course of study, physics majors imbibe a lot of knowledge about various principles such as relativity, motion, electricity, and elasticity.

A physics degree is fairly popular among undergraduates as it is ranked 73rd most popular college degree out of 200 others according to Matchcollege; that’s a 63.5% popularity level, an ample indication of how highly sought after the degree is.

A degree in physics is known to hold a positive job outlook as physics majors are well positioned for prospective careers in several fields with attractive remuneration.

What can you do with a Physics Associate’s Degree?

To secure an entry-level career in the technology, healthcare, and science field, you can go for an Associate’s degree in physics which provides you with basic knowledge of energy, principles of matter and mathematical skills that translate to problem solving skills.

Other qualities you can acquire include ability to maintain focus to overcome challenges.

With an Associate’s degree in physics, you can secure a job as a:

What can you do with a Physics Bachelor’s Degree?

A degree in physics according to Worldwidelearn is seen as a way of thinking rather than as a profession, which is why it trains students in logic and problem-solving, preparing them for research-based positions in science, I.T., engineering and academic positions.

As a Bachelor’s graduate of physics, you can find employment as:

What can you do with a Physics Master’s or Doctorate Degree?

Most employers require physicists to hold advanced degrees such as Ph.D. or a Master’s degree for certain top-level science and research positions.

With a Master’s degree in physics, you are qualified for jobs as:

Payscale projects an average annual salary of $100,152 for females with Master’s in physics and $74,944 for males.

With a doctorate degree in physics, individuals stand to be employed as physicists in the research, academic or management field.

They specialize in providing solutions to national problems, working to improve industrial processes as well as functioning as college instructors. Physics Ph.D. holders are estimated to earn an annual median salary of up to $140,975 for males and $83,750 for female earners.

You can get a number of jobs with a degree in physics; with a lower or higher degree, various career options and jobs can be accessed.

You can also apply the critical thinking, problem solving, and other personal development skills that you will develop in the course of training as a physicist in succeeding in other unrelated careers that you might choose to get into.