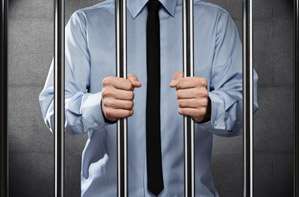 You can make a rewarding career in the bail bond industry by becoming a bounty hunter.

How to Become a Certified Bounty Hunter

If you are interested in the bounty hunter career and want to know how you can become one, then this post is for you. It provides the needed information to successful get into the career, including becoming certified.

Who is a Bounty Hunter?

A bounty hunter is a professional, or a bail enforcement agent, who tracks down fugitives and gets a percentage of the bail money. Fugitives are individuals facing trial who have absconded and cannot be located, and have forfeited posted bail for not appearing in court.

Bounty hunters are hired by bondsmen (who paid the bail money) to help find and recover from fugitives the money they paid to ensure their bail.

Bounty hunters need to attend training and get certified and sometimes licensed, depending on the state where they work.

The National Association of Fugitive Recovery Agents (NAFRA) is one of the most recognized agencies in the United States that train and certify bounty hunters.

NAFRA has recommended bounty hunters to be more effective than the police and nab almost 90 percent of all bail jumpers.

The only educational requirement for bounty hunting career is high school diploma. That means that post-secondary education or equivalent is not required to become a bounty hunter.

How to Obtain Bounty Hunter Certification and Training

Certification plays a major role in the bounty hunting career. It brings recognition to the bearer, and opens ways for job connections.

Every state has its own rules and legal limitations related to bounty hunting, according to the laws of that state.

Some of the procedural protocols that bounty hunters should understand are as follows:

Civil and criminal law pertaining to fugitive recovery are as follows:

This training includes self-defense and firearms training, handcuffing techniques and tactical entry. All sessions of the training are applicable to all bounty hunters.

You should check the licensing requirements of the state where you operate. This helps you to know what they need before issuing you a license. Some states may require high school diploma, driver’s license, training, and work experiences.

If you are licensed in Arizona but need to pursue someone to Texas, you are required by the law to obtain a license from Texas if your aim is to make an arrest there.

If perhaps you are caught working in a non-bail states such as Kentucky and Oregon, you may land yourself in jail.

Some of the requirements for obtaining a state license in bounty hunting include:

1. Past Records Check: If there is an instance of criminal records, the individual might be disqualified. The check extends to examination of mental condition and whether the individual had been treated in a rehab of alcohol or drug.

2. Minimum Age Requirements: When it comes to age, some states require minimum of 18 years while some 21.

3. Educational Requirements: Minimum of high school diploma or equivalent may be required.

5. A Valid Driver’s License: There is requirement of a valid driver’s license by some states, and sometimes they trace your past driving records.

6. Licensing Training and Certification: Some states require attendance and completion of training course before issuance of license.

7. Work experience: Some states require that you work and gain experience before applying for a license.

Continuing Education for Maintaining a License

Many states that license bounty hunters will require that you complete some continuing education before renewal of license.

Also required are completion of renewal application and payment of renewal fee. After meeting the necessary requirements, your license will then be renewed.

According to most state laws, a bounty hunter can only pursue a fugitive after receiving authorization from a bail bondsman.

The authorization permits a bounty hunter to arrest the fugitive in the presence or absence of the bail bondsman.

He/she needs a copy of the bond from a bail bondsman in order to initiate arrest.

The personal information of the fugitive is given to the bounty hunter by the bail bondsman in order to facilitate a successful search and arrest.

Some of the duties and responsibilities of bounty hunters include:

Where Can Bounty Hunters Look For Employment?

Bounty hunters get hired by bail bondsmen, or sometimes they may be required to contact local law enforcement agencies of their bounty hunting activities.

The Average Salary of Bounty Hunters

The exact income range for bounty hunters cannot be determined. It is usually between 10 and 20% of the bail money and varies from state to state.

According to the Bail Bonds Salary Organization, the Californian estimated average income for bounty hunters is around $27,000.

You can certainly make a good career as a bounty hunter by equipping yourself with the right knowledge.

So, if you are interested in a career to do with investigation and enforcement, you might want to take a look at becoming a bounty hunter.

Did you find the information in this post helpful to become a bounty hunter? Please, make a quick comment in the box below. Do also share additional tips to becoming a bounty hunter that you know.